The fine art of PCC artist-in-residence Brian Jekel hangs in collections from Canada to China. But today in the Abeka publishing office, he’s illustrating ducks for a first grade reader, Secrets and Surprises.

In 1981, Mr. Jekel answered an advertisement in Sword of the Lord for an Abeka illustrator and college art instructor. Thirty-two years later, he is sitting before a paint-splattered drawing table, adding yellow strokes to his newest illustration, an addition to the hundreds—maybe thousands—he’s produced over the years. Evidence of his past projects is taped on the walls around him—sketches of mice, dogs, and bears.

Mounted to his desk is a mirror used for studying reflections and his own face as a model for illustrations. “Sometimes I make funny expressions,” he admits, sheepishly. “I’m happy my back is turned to everyone.” 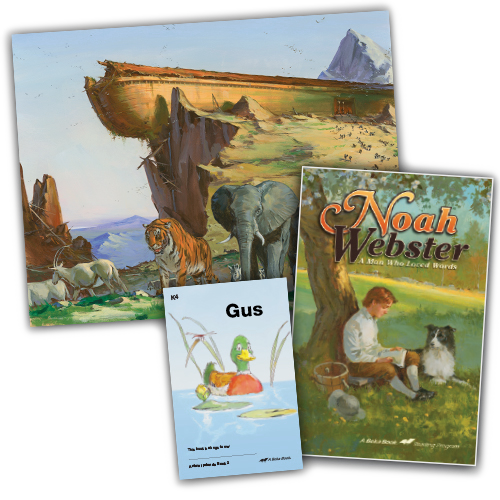 Though his most familiar work is the Bible Flash-a-Card Series, Mr. Jekel’s illustrations comprise a variety of styles.But the feature about the desk that inspires him most is the window. “I love my window pointed toward the north light.” Mr. Jekel looks to the right of his table at the soft light that illuminates his drawing table so well.

Four desks down sits his 24-year-old son, Jamieson Jekel, a bit of a contrast in this artistic world. Rather than paint splotches, the desk contains a computer monitor and accessories like a Wacom digital painting tablet. Tacked on the cork board beside the desk are cartoon characters, inspiration for the Cursive Tablet he’s illustrating.

Jamieson has a different opinion of the window light, evidenced by the large craft board he’s placed against it to shelter his computer screen from the glare.

Jamieson started out like his father, committed to studio art. But in 2010 when he began working in the publishing department, Jamieson changed his mind,
realizing the ease and versatility of a digital art workflow. 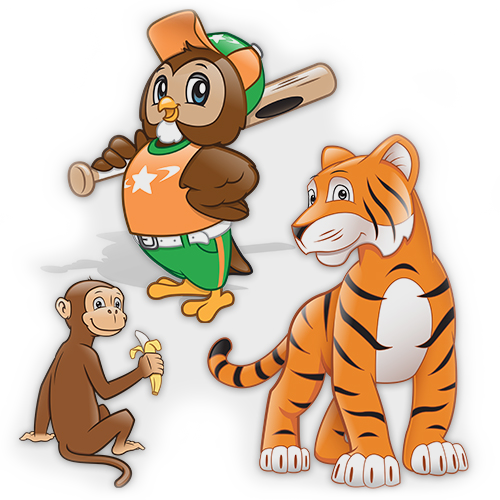 According to Mr. Jekel, in the classes he taught his son, “Jamieson had to work hard for those good grades so that there never looked to be any favoritism.”

Jamieson was more than eager to work hard for his teacher-father.

“Because of his knowledge, understanding, and experience, it was every student’s dream to have him as a teacher. Whenever he painted on a student’s canvas or did a class demonstration, it was like watching magic happen before your very eyes.”

In graduate school, while earning his master of fine arts degree, Jamieson began teaching freshman art classes, learning to be just as passionate about teaching as his father. “Helping others was more enjoyable than painting for myself,” he said.

Though currently Mr. Jekel illustrates elementary readers as well as science and literature books, the projects he’s best known for are the Bible Flash-a-Card Series which he worked on for over three decades. Now that the series is complete, Mr. Jekel feels a bit saddened. “They have been a big part of my artistic life,” he recalls. “And they became my daily Bible study as I researched.” But he’s also thankful for the opportunity to have worked on such an influential project.

“I could have never foreseen what the Lord would do with those cards. I get feedback of how they have reached out and made the Bible come alive. Truly a blessing to me.”

Like his father, Jamieson feels grateful. “It’s a very humbling thought that God has chosen to use me,” he said. “It’s a blessing to be a part of Abeka whose primary goal is to reach others for Christ.”

Though the two remain busy in the classroom and in the office, they know that with their likenesses and contrasts, much is left for them both to accomplish.

“There’s so much to do—another lifetime would be a start,” Mr. Jekel said. “So I better get busy.”

Comments for Two Generations of Illustrators